God is in control! 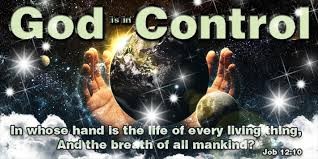 We live in an evil world. Look all around you, it doesn't appear that God is in control. It looks like confusion, chaos, injustice and evil rule this place. Everybody is only out for their own interests. But in the midst of it all there are those who trust and follow our true Shepherd. Just like in the times of Sodom and Gomorrah, there was righteous Lot who in the midst of all the wickedness served God. Or in the times of Elijah, who pleaded with God and the Lord replied; I reserved to Myself 7000 men who did not bow a knee to Baal. (1 Kg. 19:18)
​So then, also in the present time a remnant according to election of grace has come into being. (Romans 11:4&5)
Throughout​ the world, there are the sincere believers, who probably aren't making much noise like others, but they are busy doing their Lord's will. We are united in being son's and daughter's of the most high God and we will keep trusting our heavenly Father and each of us will do our part in fulfilling our heavenly Father's plan and we keep looking toward his return to be with him forever and ever, by his Grace! 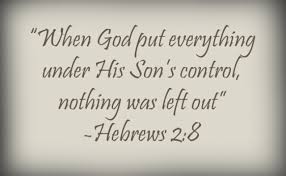 What God starts, he finishes….
​Being persuaded of this very thing, that the One having begun a good work in you will finish it until the day of Jesus Christ;     Philippians 1:6


​The relationship is always initiated by our heavenly Father. We receive Grace and we respond. Those who don’t receive God’s Grace aren’t able to respond and follow, maybe temporarily they are able to look like Christians, but even those who somehow make it to the wedding feast will be exposed! Only those who by the Grace of God are invited to the wedding feast and by the Grace of God have the wedding garment of righteousness.