Man's History
Man has been around for at least a couple of thousand years. What is his history and what has happened since his beginning? What has the human race accomplished, where has it succeeded and where has it failed? A wise person said that those who don't learn from history are bound to repeat it!​
With all our technological advances and all the scientific progress, how come it only seems to get worse around here? How come chaos seems to reign? People can never agree or live peacefully together.  There continues to be wars and never ending conflicts. Seemingly good things get used for very evil or hurtful purposes. People who are in power only use it to advance their own agendas or to enrich themselves. The rich get richer, the poor get poorer. Selfishness reigns, hardly anyone is looking out for the good of others. Wall street, instead of investing our money wisely, they are only interested in their own greed, it does not seem to matter to them how many regular people go bankrupt, as long as they make their money or get their bonuses. It never fails to amaze me, how they can make a big mess and walk away with a golden parachute of millions of dollars and go somewhere else and do the same thing all over again. Guns which are for protecting us and our freedom, now get used to kill innocent children, bystanders and all kinds of other people.​ People with issues, anger or frustrations use guns and take it out on other people. Instead of solving our personal problems we take it out on others....or blame others for our own messes.
Everybody demands to be respected for whatever cause or thing they stand for, whether it's right or wrong doesn't even matter anymore. We have become a ME first nation. TV, which is to bring us news from around the world gets turned into glorifying all the bad examples and forgetting all about the ones that do good. People live thru the soap operas they watch, as their life disintegrates right before their own eyes...
In today's world, right becomes wrong, wrong becomes right; morals are totally gone.....
The Internet which can be used for all kinds of good purposes instead people use it for all kinds of perverted reasons and entertainment; they bully others and spread all kinds of fake news. Hackers try to scam people out of their hard earned money.
What has gone wrong?​​
It started right from the beginning.  Man forgot his Creator. Man has disregarded the God who made him. Man has been busy "doing it his own way"​​​​​​​​​​​. Starting with Adam, who instead of listening to his Creator listened to Eve instead. Eve succumbed to satan's lies and disobeyed God. Ever since then the world has gotten worse. Man thought that if we turn our Creator into a religion, that that would satisfy him. Or if we bring him gifts to make up for our wrong doings, that would appease him...and we got very good at it and even started to believe our own lies...
In our pride we got self-righteous all the while we were sinking deeper and deeper into sin and further and further away from God​. God in his mercy gave the Law through Moses to keep man from totally becoming evil and lost, but instead we used the law to justify us and say that we aren't that bad; I don't kill anyone. We "forgot" that if we break anyone of his laws, we have broken them all.
But God in his Grace and out of his love had a plan all along for man's redemption and the reconcile sinners to himself. God send his Son, to make a way for us to return to the same kind of relationship that Adam had before he got "smart". Jesus Christ died for us, died for out sins and was raised for our justification. Now no one has to go to hell, no one has to remain in condemnation because of what Jesus did. He is our mediator before God and through him we can be just before God!
What kind of relationship would you like to have with your creator?
​He offers a Grace based relationship, where, because his Son, Jesus Christ, died on the cross for all of your sins, the creator is gracious to forgive all your sins, throw them into the sea of forgetfulness, make you righteous, justify you (just as if you never sinned) and because of that you can have a right relationship with him, out of his love for you. You can start a brand new life, in Christ and he promises all the help you need to listen to him and trust him, yes, he even promises to finish the work he starts in you.
So you can escape the chaos around you, the rat race, the downward spiral, the purpose less existence, the wandering around and instead begin a meaningful life, living the purpose your creator intended for you anyway! Therefore come to God through Christ without delay, surrender yourself into his loving hands, ask him to make you a new creation, wash you clean and start to put all of your faith and trust in him!
​​​

​​
The downward spiral of the human race.... 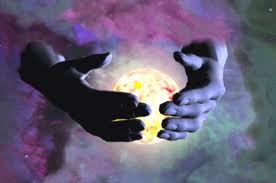 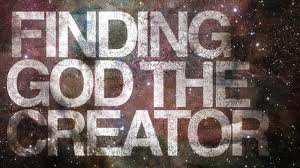